During the 2019 General Council meeting, delegates adopted a resolution calling for the Utah Public Employees’ Association’s (UPEA’s) State Board of Directors to appoint a task force to study state employee compensation and present its findings to the State Board by August 2019. The task force also was asked to provide a possible recommendation for UPEA to lobby for during the upcoming legislative 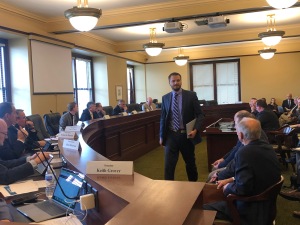 Seven employees and five UPEA staff members made up the task force. The employees represented several state agencies, including the Department of Transportation, Workforce Services, Corrections, and several others. The board appointed all task force members and asked them to meet three to four times throughout the summer.

The task force completed all of its meetings and provided a list of recommendations to the board. The list will be approved or altered during the next board meeting, and all UPEA members will be notified subsequently.