House Bill 252, State Pay Plan Amendments, was heard for the first time in the Government Operations Committee on Tuesday, February 2.  H.B. 252 will direct the Department of Human Resource Management (DHRM) to create, define, and establish a career ladder pay plan for POST-certified officers employed by DNR. 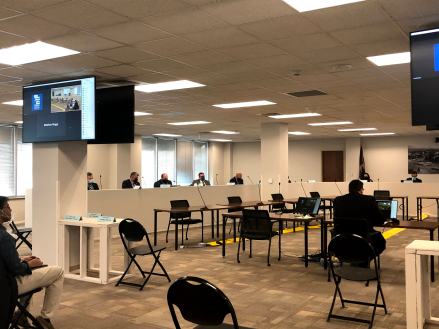 Over the last several years, the Department of Corrections and the Department of Public Safety have implemented career ladders for their certified officers – these plans grant salary increases or “steps” to reward existing officers for their time and experience within the department, while also serving as a recruitment incentive for officers interested in state employment.

Bill sponsor, Rep. Ryan Wilcox, explained,  “[DNR officers have] been left out of the state pay plan that we’ve offered to our other law enforcement officers… Which essentially puts them at risk for being the training ground for other agencies, but more than that, [the state] is not recognizing their contributions”

“I have observed many good officers start their career with wildlife resources, […] then move on to another agency and it seems like we just kept training more and more officers.” Matthew Briggs, a UPEA member and certified officer with the Division of Wildlife Resources testified in support of the bill. Briggs continued, “I have seen how [officers’ in other divisions] morale has increased and how they’re able to keep their officers.”

While this legislation creates the platform for a career ladder, it does not fund the pay plan.  Once the plan has been created, DHRM should be asked to provide a calculation for future budget requirements. Funding is approved each year by the legislature. Another UPEA member, Lt. Brody Young, testified in support of H.B. 252 stating, “This is a great next step for all of our officers. […] It provides a future. If you start out as an entry-level correctional officer or ranger, you know what you’ll make in a specific pay plan.”

UPEA Executive Director, Todd Losser, has worked with Rep. Wilcox on this legislation in the months prior to the Legislative Session. Losser encouraged the committee’s support of the bill and stated, “Both Highway Patrol and Dept. of Corrections have been able to take care of a compression problem and have outlined a career for [their] officers. [These pay plans] have created a sense of stability, knowing that officers with the State of Utah can have a career.”

H.B. 252, State Pay Plan Amendments, passed unanimously with a favorable committee recommendation. The bill will be heard on the house floor in the coming days.